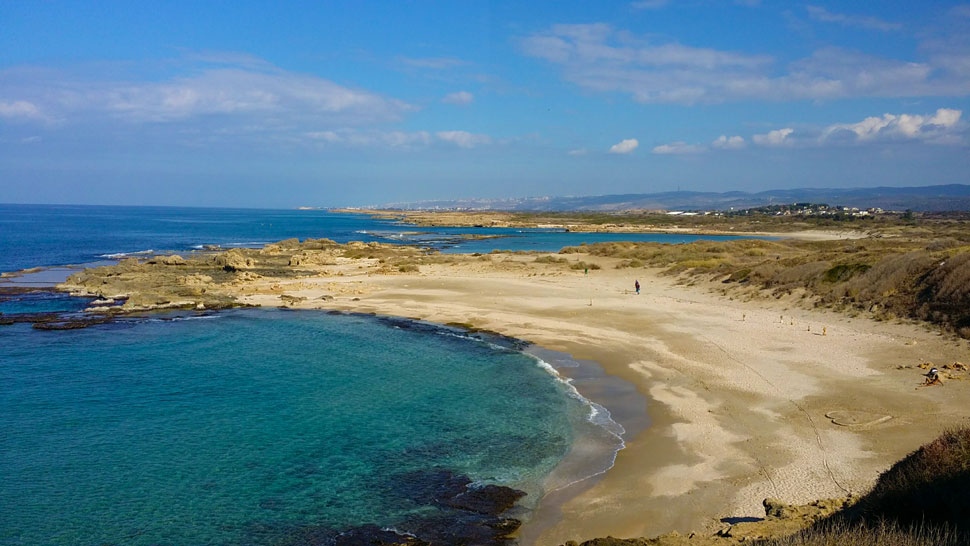 Caesarea – City by the Sea -Part 3

Welcome back to our virtual tour of Israel! We have spent the last couple of weeks in ancient Caesarea, the beautiful harbour city by the sea. The view of the Mediterranean is breathtaking. The history behind the city transcends the span of time and culture. This is truly one of the most special sites in the country. We left off last week at Herod’s palace and the house of the Governors who came after him.

Today, we are going to switch gears and walk down to the Hippodrome. The hippodrome was used for about 100 years and was primarily used for chariot races. There was a spina, the spine that ran down the middle of the long and narrow hippodrome where the chariots would take seven laps around for their races.  A platform in the stands, located at the turn, was where the VIP’s would sit. That was the best vantage point to see the chariots crash into each other and wipe out. Can you imagine Ben Hur racing his chariot around the hippodrome right here in Caesarea? 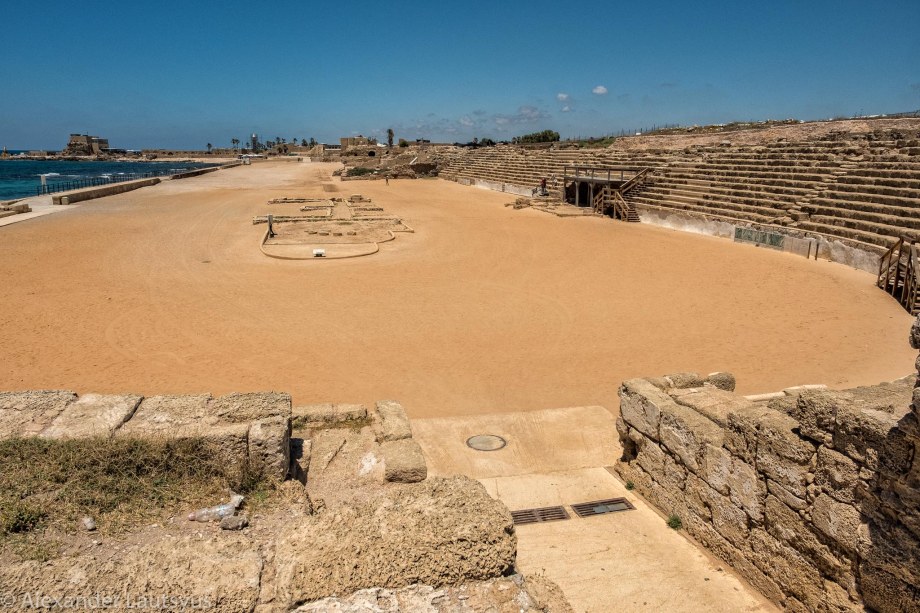 Hippodrome in Caesarea by the sea. Credit: World in Your Eyes

This hippodrome was built specifically for its purpose, but it was quickly renovated and turned into an Amphitheatre, a closed egg-shaped arena with bleachers all around. The Amphitheatre was known for its bloodshed and brutality. First, it was used for beast fighting beast, then man on beast, and eventually man on man…until the death. Josephus writes a chilling description of what happened in this very place:

“While Titus was at Caesarea, he solemnized the birthday of his brother Domitian after a splendid manner, and inflicted a great deal of the punishment intended for the Jews in honour of him; for the number of those that were now slain in fighting with the beasts, and were burnt, and fought with one another, exceeded two thousand five hundred. Yet did all this seem to the Romans, when they were thus destroyed ten thousand several ways, to be a punishment beneath their desserts.” The Jewish Wars Book 7:3:1

Another brutal event took place here in this Amphitheatre. After the Great Revolt of 66 CE, there was a second revolt of the Jews against the Romans named the Bar Kokhba Revolt. Bar Kokhba was born Simon ben Kosevah, and charismatically led this revolt from 132-135 CE. One of the most prominent Rabbis in all of Jewish history, Rabbi Akiva, spoke out in favour of Bar Kokhba, actually believing that he might be the messiah. Rabbi Akiva had taught thousands of students and had many disciples. After the revolt, Rabbi Akiva was ordered to stop teaching the Torah but he would not. He was imprisoned and subsequently killed here in Caesarea.

During his torment he recited the Shema in order to fulfill the commandment even upon death. The Shema is a prayer that is recited by Jews three times a day and upon impending death. Jews have been saying this prayer for thousands of years.

In his book, The Scrolls of Fire, Abba Kovner writes this:

When they took Rabbi Akiva and flayed his flesh with iron combs, it was time to recite the Shema. He raised his head and spoke out of his suffering: Just is the Lord Whose work is perfect. His students trembled; Rabbi! How can you! He said to them: “All my life I felt uneasy about that phrase; ‘with all thy soul’ – even if He takes away thy soul – and I said ‘When will I have the chance to use it?’ Now that I do, should I not?” Rabbi Akiva drew out the last word of the Shema until his soul departed. 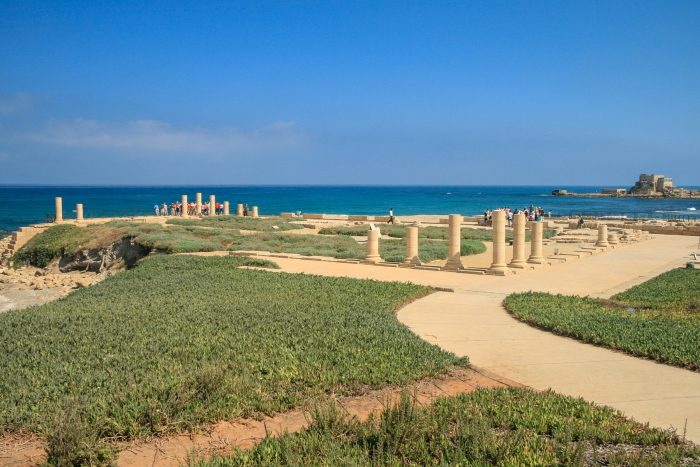 A view of the archeological remains at Caesarea from the Herodian era.

And 2,000 years after Rabbi Akiva, faithful Jews continue to understand the importance of remembering the Shema. During the 2006 war with Lebanon, there was a young officer named Roi Klein. During a Hezbollah ambush, a hand grenade was thrown over the wall that was between Hezbollah militants and his unit. Roi saw the grenade and ran towards it. As he ran, his soldiers heard him reciting the Shema. He jumped on the live grenade and muffled the explosion with his body. He bravely sacrificed himself to save his soldiers. What an incredible example of living with the Shema in your heart, mind and soul!

To the Harbour we g0…

Now we walk all the way along what is left of the original Hippodrome and pass some beautiful seaside villas from the Byzantine era. There is so much history in Caesarea that it would take an entire book to guide you through just this one ancient city. So we will leave the actual ancient city for another day on another tour. But I want to touch on who inhabited Caesarea after the Romans and the Byzantines.

In the 7th century, the Moslems conquered the land. In 1099 the Crusaders came to town. In 1187 Saladin captured it and in 1191 the Crusader, Richard the Lionheart took it back. In 1265, the Mamelukes conquered the entire land and destroyed the city. It lay in ruins until the late 19th century during the Turkish Ottoman Empire.

Today, we will cross over the 1,000-year-old Crusader mote and back another 1,000 years into what was once the largest artificial harbor ever built in the open sea. Herod imported cement from Naples, Italy. He poured it into large crates and when it was mixed with water it became concrete. They sank down into the ocean floor, one on top of the other until a wharf was formed. No one used the wharf system before him in this area. The wharf could contain 100 ships. Herod named the harbor Sabastos (another name for Augustus), and it became one of the best harbors in all the Mediterranean. 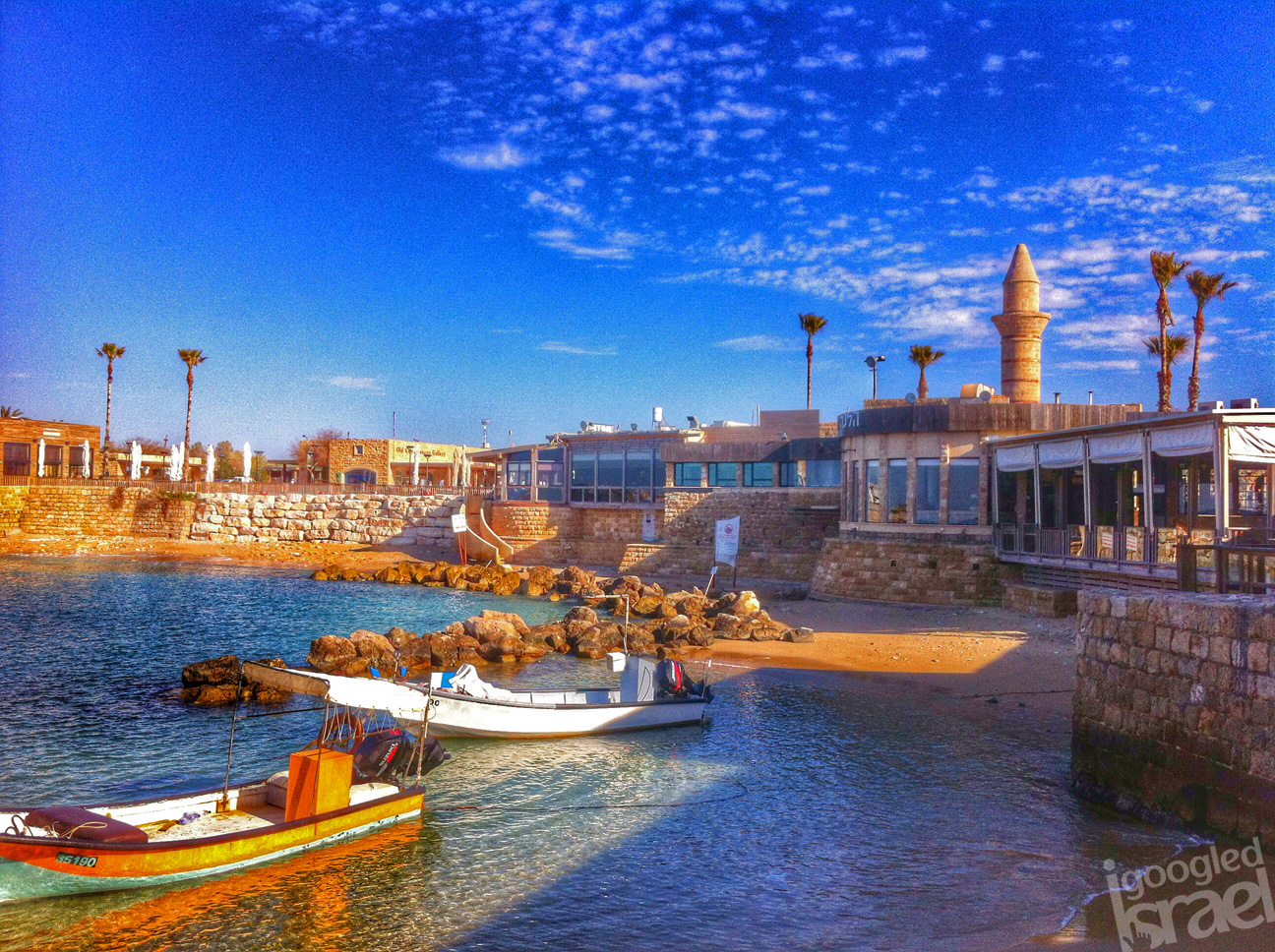 Why did he build it here? Ships landed here for food, supplies, repairs, etc on their way to Rome. Rome supplied the entertainment and bread for its citizens.  Italy could not supply enough food for its citizens, so they got wheat from Egypt and Sicily. The coast route was safer than directly through open waters. Akko, to the north, was a part of Phoenicia, not in Herod’s control.  And Jaffa, to the south, was a small harbour for local industry and was held by the Jews.

Herod’s harbour was modern and sophisticated. But in only 100 years after Herod died, it became neglected. The seabed was too soft to hold up the harbour and the wharf began to sink. However, the temple he erected in honour of Augustus Caesar that towered over the harbour stood to watch over the sunken seaport until the temple was destroyed, most likely by the Crusaders.

After the harbour deteriorated the area became very poor. This part of the harbour, where we are standing, filled with sand. The buildings we see today, which were once where the water was, were built during the Ottoman Empire. After the Bosnians left Bosnia in the late 1800’s they found refuge here and built a community and a mosque. 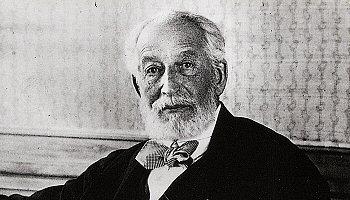 Baron Edmond de Rothschild, who was called “The Benefactor,” made his mark in land acquisition and settlement building during the 19th and 20th centuries in Palestine. When the State of Israel was established, the Rothschild family donated most of the land it owned to the State as a gift, the largest donation of land ever given to the State. At the end of the 1950s, the Rothschild family transferred the land in Caesarea (approximately 30 square kilometers) to the Caesarea Rothschild Foundation and invited the State to become a partner in the Foundation. Excavations began shortly thereafter and continue until today.

There was a young woman named Hannah Szenes, who loved coming to the seashore at Caesarea. She and a team of six others parachuted into Yugoslavia to save Jews during WWII.  She was caught in Hungary and was executed in 1944 by the Germans. Before she left on her mission, she sat in Caesarea and wrote this poem entitled “Eli, Eli” (My God, My God):

I pray that these things never end,

The sand and the sea,

The rustle of the waters,

Lightning of the Heavens,

The prayer of Man.”

This poem became a famous song and is still a reminder that Caesarea is a place that transcends time. Where men have prayed and where lives were taken; but where faith never failed. May our prayers never cease. 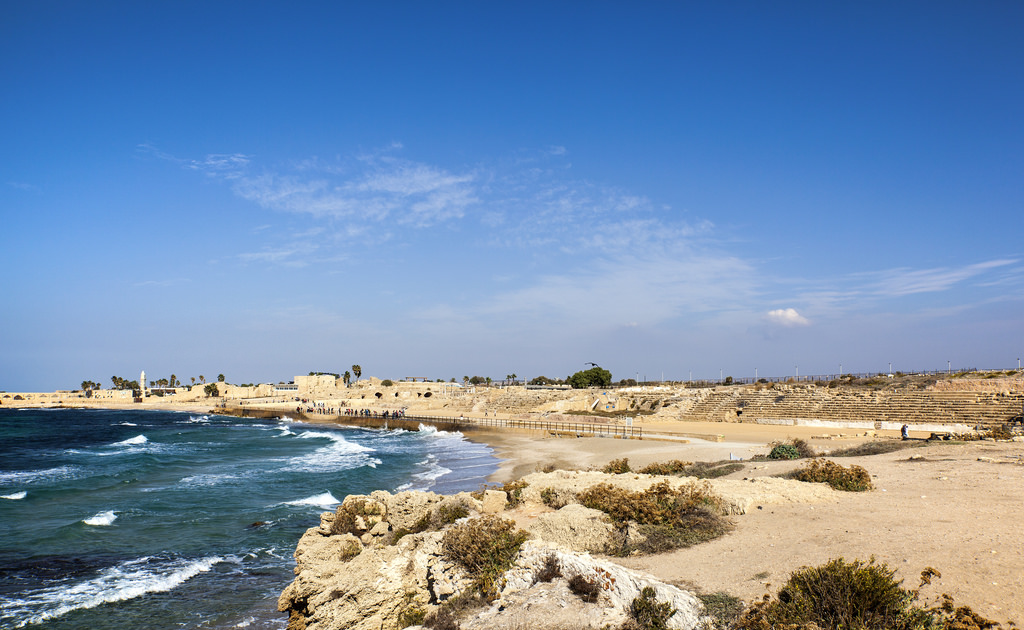 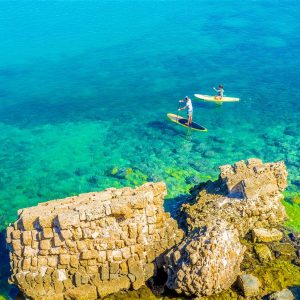 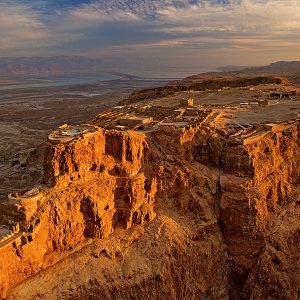 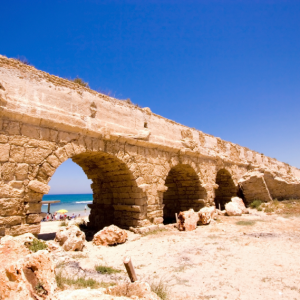 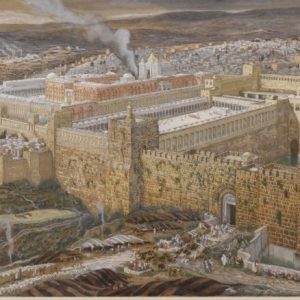