The Diversity of Israel 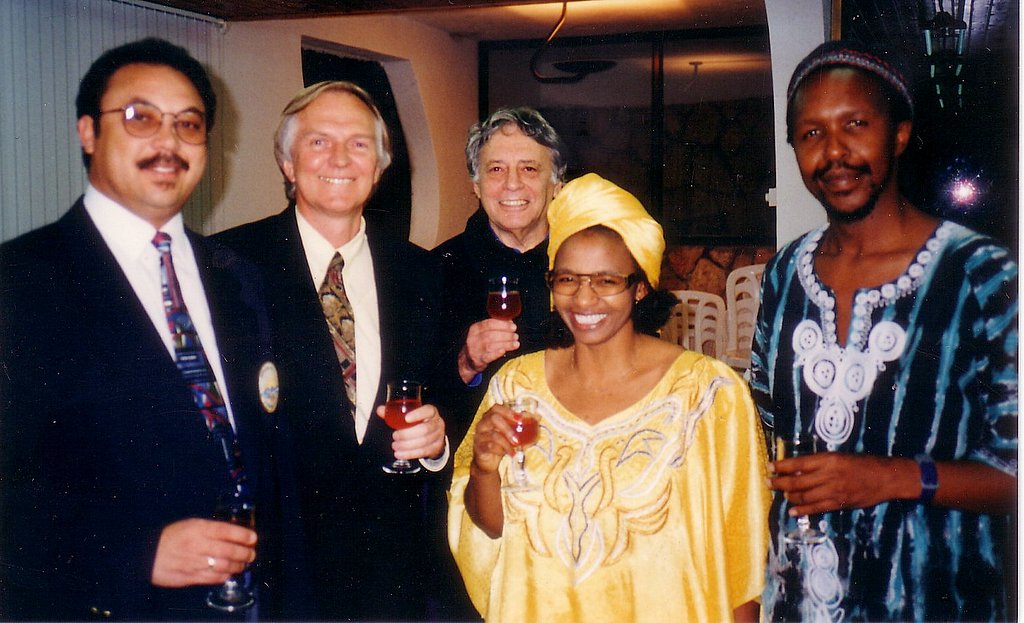 Israel just marked its 70th year of statehood, and in that time it has blossomed. The only true democracy in a hostile region, Israeli society has evolved tremendously over time. As the only Jewish state in the world, it is only natural that a majority of the population would be Jewish. That said, Israel has developed into a truly diverse country, built on founding principles of openness and tolerance. Sadly, Israel is often misunderstood as or accused of being hostile to anything that isn’t white and Jewish. This misconception, as will be proven, falls well short of reality.

For example the picture shown above is one testament to the opposite of that misguided belief. Throughout the 1980s and 1990s, Beit Berl, Kfar Saba, Israel was the training ground for future community and civic leaders in South Africa. Seen here with participants from South Africa on the programme is South African Ambassador Land (2nd left) and Prof Arthur Goldreich (3rd left), a member of the African National Congress (ANC)  and Professor of Architecture at the Bezalel Academy of Art and Design in Jerusalem. 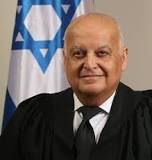 Firstly, despite the majority of Israelis being Jewish, their origins and cultures are extremely diverse. The majority of the population, or their parents, were born in other countries. In that regard, the nation’s “Jewish pluralism” is extremely successful, socially, culturally and economically. This is especially remarkable given the fact that over 20% of the population are non-Jewish Arab-Israelis. This incredibly diverse population is made up of Muslims, Christians, Druze, Bedouin, Baha’i and Circassians, among others. Though the success of Arab-Jewish pluralism is markedly weaker, it is only improving with time. Most Israelis, regardless of their background, enjoy a relatively high standard of living and live peacefully among their neighbours. If one compares the living standards and lifestyles of Arab-Israelis compared to their Palestinian, Egyptian and Jordanian neighbours, the differences are significant. Arabs citizens of Israel, of whom 81% are Muslim, have full rights in the country. Politically, they enjoy equal voting rights, with Israel being one of the few places in the Middle East where Arab women may vote. At present, there are 18 Arab members of the Israeli Knesset (parliament). Beyond that, Israeli Arabs have held various government posts since the state’s founding. Arabic is the official language of the state along with Hebrew. Throughout society, Israeli Arabs hold top-level positions across all major industries.

Some notable examples of leading members of the Israeli-Arab community include Prof. Hossam Haick. Prof. Haick has achieved international acclaim for his nano-tech breath analysis system that can detect the biomarkers of 17 diseases, including cancer and kidney disease. Prof. Mouna Maroun is the head of the Sagol Department of Neurobiology at Haifa University and is the first women from her hometown in the Druze village of Usfiya to earn a PhD. She is also the first Arab woman in Israel to hold a university faculty position in neuroscience. Another groundbreaking startup, Nazareth-based Alpha Omega, produces revolutionary neuroscience medical and research equipment used worldwide. The company is run by Arab-Christian couple Reem and Imad Younis. The two met as students at the Technion in Israel. Furthermore, Dr. Salman Zarka, a 25-year veteran of the Israel Defence Forces (IDF) Medical Corps holding the rank of colonel, was made director-general of the Ziv Medical Center in Safed. In doing so he became the first Druze to head an Israeli public hospital. Since taking the position Zarka has spoken publicly about Israel’s unique policy of treating any wounded Syrians who reach the Israeli border seeking help. 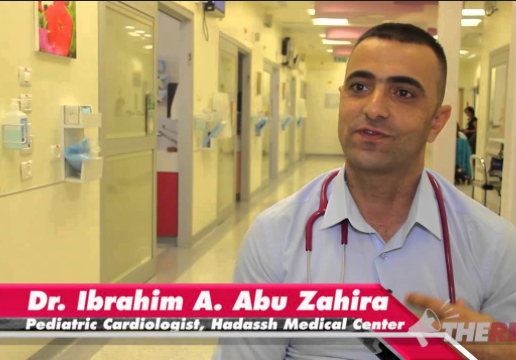 All told, roughly 23% of Israeli doctors are Arabs. In fact, Arrabah, an Arab town north of Nazareth, has one of the highest numbers of doctors per capita in the world. Finally, Lucy Aharish, a news anchor, journalist, model, actress and international public speaker, has had a profound impact on Israeli society through her work. In 2015 she was one of 12 Israeli personalities, symbolizing the 12 tribes of Israel, chosen to light torches at the 67th Independence Day celebration. Aharish was born and raised in the Israeli city of Dimona to Muslim parents, and was the first Arab news presenter on Hebrew-language Israeli television. She now anchors a current-affairs program, having worked for all the local TV channels. 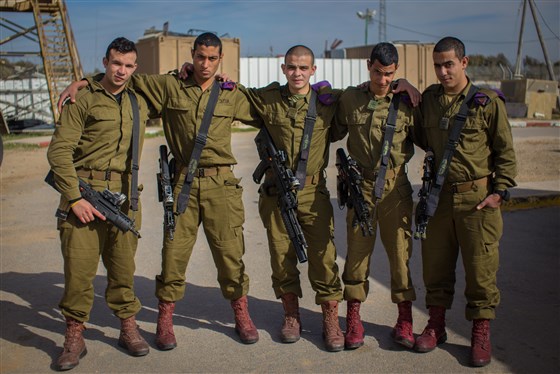 Significantly, Israeli-Arabs are also becoming increasingly represented in the IDF. Though members the Druze and Bedouin populations have long served with distinction, the growing number of Muslim soldiers in the IDF is truly noteworthy. While historically, Muslim Arab-Israelis have seen the military as a tool to oppress the Palestinians, the younger generation is slowly breaking the tradition. Major Alaa Waheeb, Israel’s highest-ranking Muslim soldier, has been outspoken about his commitment to the state of Israel, despite many in his own community treating him as a traitor. Major Waheeb credits his father, a Syrian brought to Israel as a small child, for convincing him to pursue service in the IDF. His father spoke fondly of the close friendships he had made with his Jewish neighbours, and himself served in the Israeli police. Responding to allegations made against the state during Israel Apartheid Week in the UK, Major Waheeb emphatically asked if Israel is inherently racist, an apartheid state, how could it possibly tolerate a person like him achieving the position he has? Today, more and more young Muslim Arab-Israelis are adopting this mentality. They see service in the IDF as a means of further ingratiating themselves in Israeli society, towards a more successful future. While of course there are many hardships and obstacles to overcome, this is an extremely poignant indicator of the true nature of Israeli society and how it is developing.

Diversity as a core value 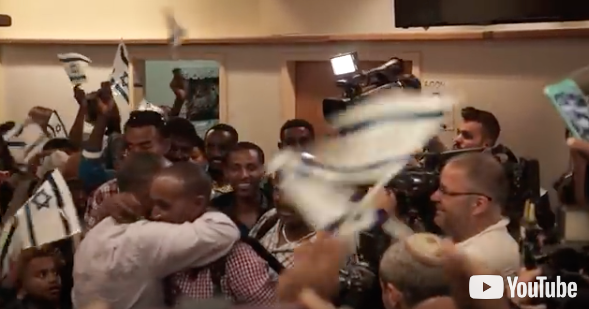 Israel’s society is also enriched through its execution of one of the most ambitious projects the state has ever undertaken. In 1975, the Israeli government of Yitzkah Rabin officially accepted the Beta Israel communities of Ethiopia as Jews entitling them to move to Israel under the law of return. The majority of the community arrived in Israel in two waves of mass immigration, known as Operation Moses in 1984, and Operation Solomon in 1991. Today, Israel is home to the largest Beta Israel community in the world, with over 135,000 citizens of Ethiopian descent. The Ethiopian community in Israel has equally distinguished itself as committed and successful members in all aspects of Israeli society.

Finally, beyond the diversity of the population itself, the diversity of lifestyles present in Israel are equally remarkable. Tel Aviv has, for example, distinguished itself on a global stage as the number one gay tourist destination in the world. Israel is the only country in the Middle East where, not only is homosexuality not a crime sometimes punishable by death, but recognized internationally for the rights, freedoms and recognition its gay community enjoys. Diversity is equally celebrated regularly nationwide through cultural events, festivals and holidays that showcase the richness of Israeli society.

While the above examples provide a factual basis for the extent to which diversity in Israel is celebrated, it barely even begins to expose the extent of it. Despite being under a hostile microscope from the day of its inception, Israel has maintained the core values it was founded upon. It continues to grow and thrive and diversify with each passing year. Ultimately, the impact that such a tiny, young country has on the world is perhaps the finest testament to the diversity found within it.